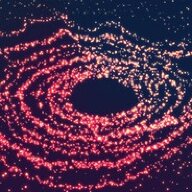 Hey everyone, I used to roleplay on TnB for a long time and through many different iterations and it was a different experience every time.

After spending a few days on the server enjoying the new script and meeting new people, I have to admit that I'm very impressed with the state of roleplay going on and generally speaking the community is a lot better than before. Playing as a citizen is back and people seem to have an idea of which direction to go towards and how they're going to do it, although there's still a few people that stick to themselves and refuse to RP beyond the plots going on with their friends, I don't think that's going to change and it's not a big deal.

The resistance cliques are broken up without a server 2 or 3 to camp out in, and gone are the days of 'raids' which basically meant throwing Half Life 2 canon out the window for the sake of pointless firefights and trying to impress each other with cop / rebel killing skills. That's a big and significant step in the right direction. That type of competitive model isn't sustainable because new players have no idea how to get their foot in the door, and old ones become increasingly more toxic. I'm looking forward to there being more democratic input from the players in who should become an admin or lead events instead of just a few players secretly deciding on how things should be run, but thankfully the admins we do have are roleplayers first and foremost and from what I've seen, are genuinely trying to get the highest level of storytelling possible out of everyone thats part of the community.

I've been in and out taconbanana since gmod 9, My most well known run was with the name Kowalski a few years back during the switch to the City 8 plot in Japan. Comparing the 'good old days' to now, our reboot is 1000x times better. The only thing missing right now is that sense of depth you got with the active organizations having a hiearchy you could advance in, multiple layers, a passworded training, sewers and outlands server, etc. What TnB did pretty well compared to any other roleplaying group / community is having a sense of progression and character development, but we are hindered by the canon because Gordon's arrival is what heralds the collapse of the combine and not anything the resistance tried before, etc. I'm sure there are already plans on how to get around that and developing interesting sides to the source material which aren't shown in the games.

Anyways I'm looking forward to taking myself seriously this time around and improving my ability to write and tell stories, which is what makes all the time invested in roleplaying worth it in the end in my personal opinion.
You must log in or register to reply here.
Share:
Twitter Reddit Pinterest WhatsApp Email Link