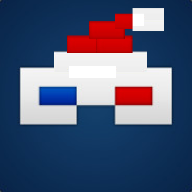 * Soldier stood infront of his officer's desk, he is barely able to stand due to his wounds but he manages to hold his position while listening*

Starszy Szeregowy Grzegorz Wojcowski, to be honest I with everyone in command center thought that everyone in expedition Team 45 were KIA but here you are standing infront of me with . . . . information that makes me really worried about future of this Republic.

I know this is why I asked to see you as soon as possible, this information is more important than my life especial---...

* Officer stops his speech and says *

Life of everyone in this Republic including yours is more important than words on piece of paper, Republic is going through tough times since the war with cult, it doesn't help that MIR forces have been breaching our borders for weeks too. We need every man and woman to protect not only this nation but it's entire history from being wiped out by the machines that we are fighting. So reconsider your believe that piece of paper is more important than a live of human right now Starszy Szeregowy!

You also said that the group that you were with after losing your team, have decided to make their way into Kazachstan?

Yes sir, I wanted to convice them to join me on my trip back to Republic but they aren't the type to change their decision easily. I gave them frequency "1991" that we give to every group we encounter as protocol says.

Well let's hope that they decide to call us one day, we could use people like them here, anyway this information and especially that piece of new model that you brought with you may have just spared us resources and manpower from being lost to machines. We didn't knew that MIR started creating new type of weaponry and that they even managed to create a prototype.
For your efforts and bravely I am proud to announce to you Starszy Szeregowy that you are being promoted to rank of Sierżant. You will be assigned as a leader of Team 20 but of course after you done healing.