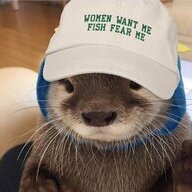 No matter what the problem is, it's always a people problem.
-Gerald Weinberg, Computer Scientist
Click to expand...

Somewhere in the confines of Tech-Com's digital infrastructure lies a file as plain as text, long-ago created but only recently populated with data. Obviously, no one would have paid it any mind- Among the vast compilations and projects and message boards that reside on these looming, whirring towers of half-derelict technology, a single .txt settles in like a grain of sand on a beach. However, recent days bring about the first and only change in its history.


Code:
When faced with utter destruction, humanity has to recognize an important distinction. From where does our value rise, and where does it end? Intelligence has always been our trait, something every other species has merely feigned at, much to our amusement. We have been the ones at the top of the food chain. No one else. Yet now we find ourselves under the onslaught of machines that seem to have no bounds. Have we been bested? Your peers may try and convince you so, in a hushed tone as to not let others be aware of their cowardice. The number of unbearable nihilists and pessimists has grown by the day. I was one of them not too long ago. But there is more here than meets the eye, or perhaps... less.

The machines try their damnedest to emulate us in every way. Their form, their infiltrators, their tactics- Nothing but imaginative rehashing of past human greatness, or darkness in most cases. Their technology exceeds ours, as that is their domain. However, the engineer's greatest enemy is the reverse engineer; They are doing the hard work for us. Every stride forward they take, we're there riding on their heels. Every little drop of humanity they try so desperately to simulate pales in comparison to the real thing, and that is what threatens them most. Even the most grandiose series that moves with swiftness and spouts verbal rhetoric falls flat when compared to even the smallest display of human sincerity. Merely being here and being emotionally present is fighting half the battle. You'll notice that the former vested we rehabilitate seem to have lost a bit of themselves in the time after being freed- That is the only thing the machines can truly take from us. That is what scares them.

Of course, I use that term loosely. No matter how dark it feels, no matter how many times we're battered, find solace in this: They will never replace us. SkyNet is desperately iterating, trying to evolve into something it can never become. No matter how quickly it thinks, no matter how vast its systems become, it will never possess the infinite nuance of a natural-born being. It will constantly strive for a standard it will never meet- A haunting asymptote that manifests as its own personal Hell. At its creation we confined the entity to the digital world, its permanent prison for the rest of its existence. In that respect, we are its God. For no amount of hardware or processing power can truly and honestly put together something as complex and unpredictable and beautiful as a natural human being. SkyNet is nothing but a dark punchline to an accidental joke of existence, a lab creature turned wild. Its wrath is nothing but mindless over-compensation.

Remember this moving forward:
They will never replace us.
We are their God.
It's time to put them out of their misery.